Possum Town Quilters Guild August meeting was held at the RAC in Columbus with 20 members present. There were no new visitors this month. The meeting began with Show and Tell. (1) Judy Stokes showed the finished Habitat for Humanity quilt for the parents, the purple,green Dutchman’s Puzzle, the pink Dutchman’s puzzle, the red Hearts quilt and the Tossed 9-Patch (that will be for another Habitat house). (2) Sandi Bowen showed the progress of a disappearing 9-Patch for the 2 yr old Habitat recipient. (3) Sue Skipper showed an old scrappy string quilt (spider web). (4) Julia Graber showed her Compass quilt done in M’Liss Rae Hawley class. (5) Rachel Jolly showed her “Fruit Punch” quilt.

Old Business: (1) The Quilt Show is up at the RAC. It will be taken down the last Friday in August. (2) The challenge blocks (crazy quilt) have been judged. The judges put the results in an envelope and sealed. Rachel and Kristen from the RAC will talley the votes/scores and the winners will be announced at the September meeting. (3) Judy showed the tri-fold brochures that were fresh from the printers.

New Business: (1) Eddy Young shared an article in the 2007 magazine (American Quilter) on how to face potholders w/o using bias tape. (2) Mrs. Elsie Johnson is leaving Columbus to live in Tupelo with her daughter. She donated her batting to the Guild. (3) The MQA Fall Gathering was planned and committees set up. (4) Ticket packets for the Raffle quilt are ready to hand out today. It was proposed that a percentage of the proceeds go to the Columbus Library for letting us set up the quilt there to quilt on it. This money would be earmarked for quilt books for the library. (5) Sue Seymer gave the Treasurer’s Report for August. 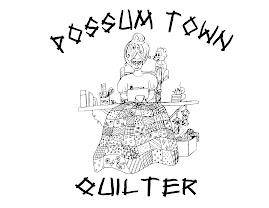